In this designation of origin clear differences are established between vineyards located in coastal areas and those planted inland, at a higher altitude.

2 Wineries and Vineyards for sale in Valle de Casablanca 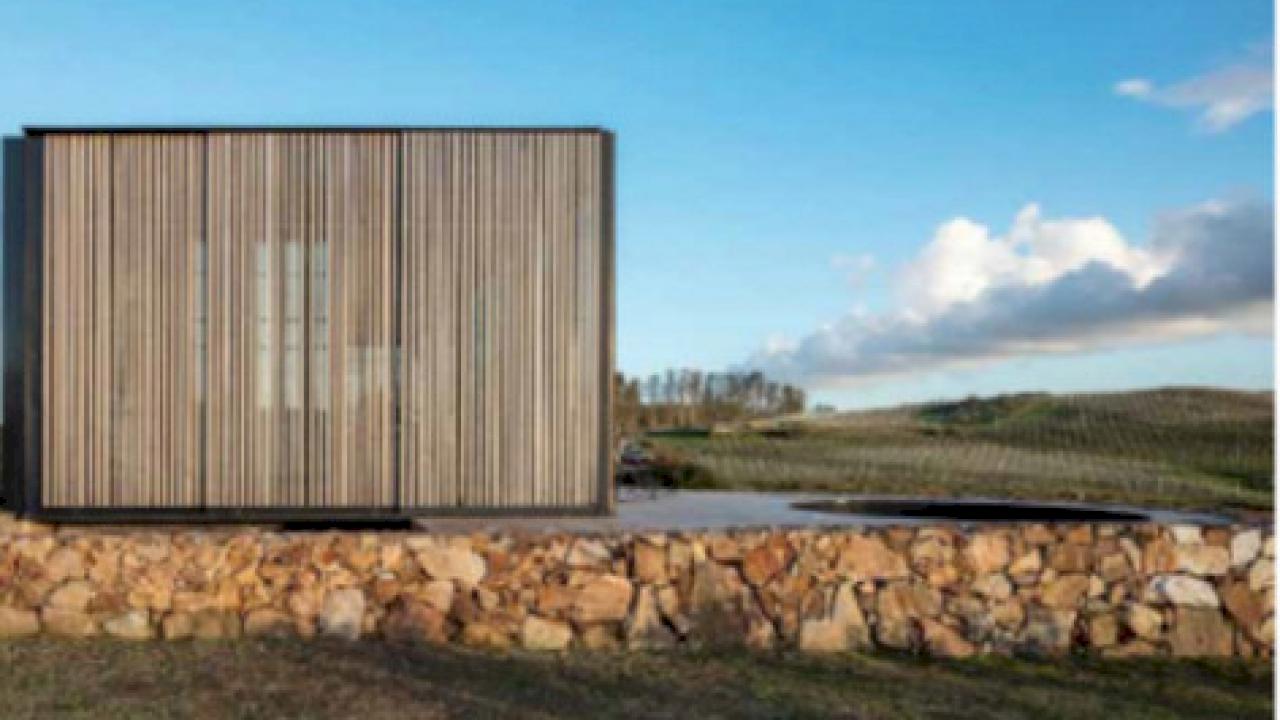 House with vineyard for sale in Casablanca Valley.

Property located within a reserve offering an equestrian centre and 120ha of vineyard in Chile. 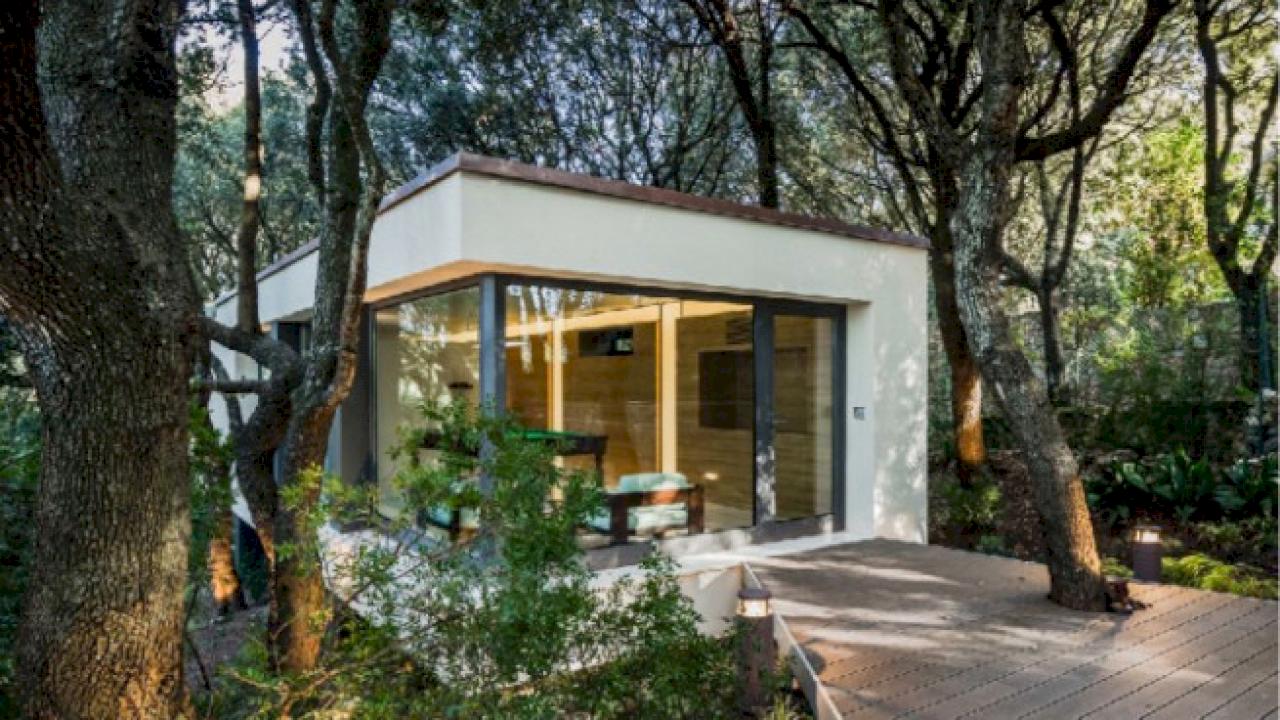 Property with vineyard for sale in Chile.

House with views of the reserve, equestrian centre and 120 ha of vineyards in Valle de Casablanca, Chile. 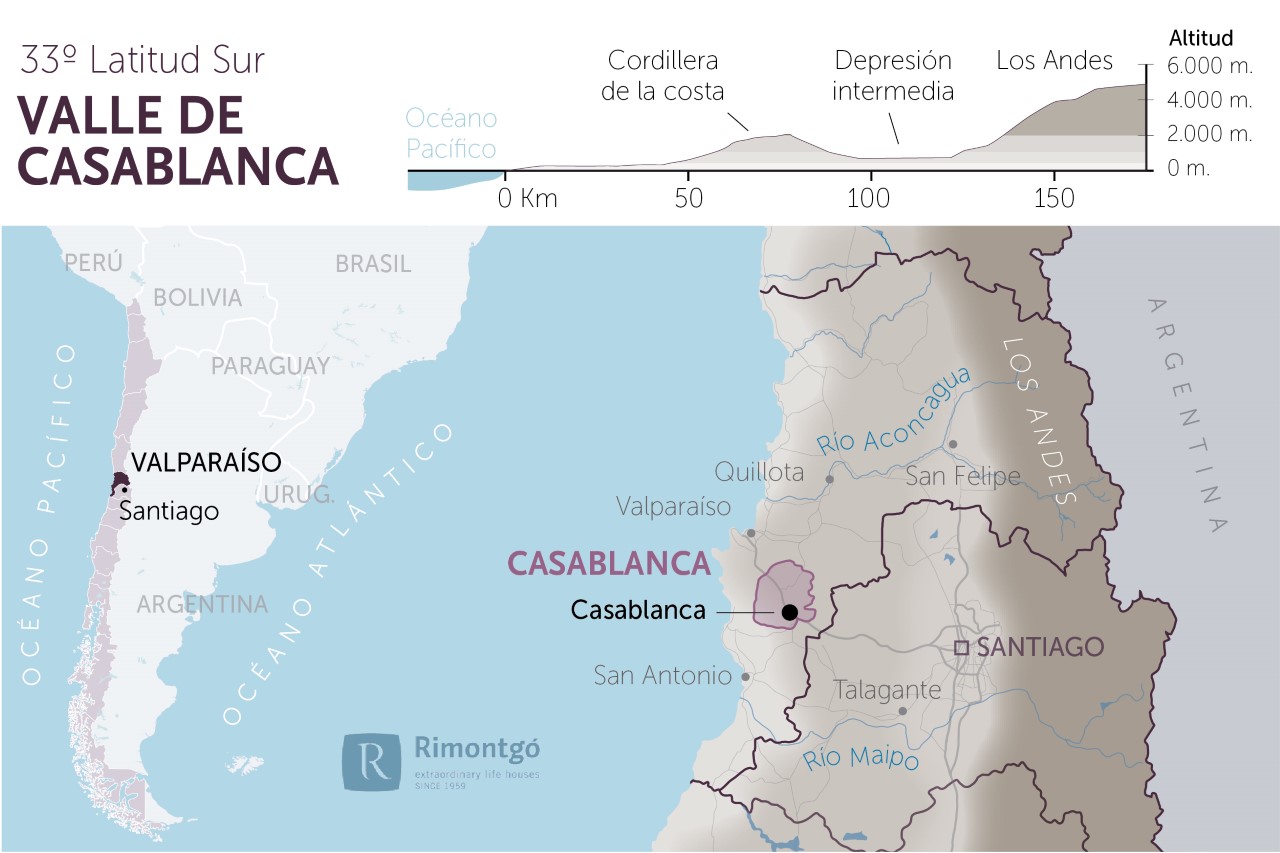 The designation of origin Valle de Casablanca is located in the Valparaíso province within the homonym Chilean region. The area of land occupied by vineyards reaches 3,700 ha. This Chilean designation of origin received the status of Valley in 1994. Despite its orography doesn’t correspond to the traditional valley, this Valle de Casablanca has the ideal conditions thanks to its climatology to the cultivation of vines. Therefore, we find red varieties such as Pinot Noir and Syrah and also white varieties such as Sauvignon Blanc and Chardonnay.

The current wine production in the designation of origin Valle de Casablanca is thanks to the wine expert Pablo Morandé, oenologist in Concha y Toro, who in the early 1980s established a comparison of the valley's dreams with those of the California area where he had previously worked.

Currently, some projects, still incipient, of organic wine production are starting to be established in this Valley.

Cold valleys are defined by their proximity to the sea, rather than for their geographical or geological description. The Pacific Ocean or the rise of the southern latitude are the two variables that generate lower temperatures. Especially during the summer months.

We find coastal vineyards in the Valle del Aconcagua, always associated to the Coastal Range in its western areas, reaching to Casablanca, where extent presents poor vineyards and granitic soils of the slopes, as opposed to other deep ones, of black clays and fertile soils of old, or not so old, use for meadows in the lower sectors of the area. On the other hand, the lower areas of the valley are characterized by vines of great vegetative development. These areas also reach higher productions, which defines wines of important aromatic power, but which often lack concentration and volume in the mouth.

The large extension of this valley makes Casablanca a sector of great quantity and nuances in the wines produced, different especially by the climatic variable. There, the increase in temperature is proportional to the distance from the Pacific Ocean and, thus, to the presence of morning fog due to the origin and characteristics of its soils.

In the case of the designation of origin Valle de Casablanca, the humidity derived from its proximity to the sea results into perennial humidity. For this reason, the soils are clayey, rich in mineral material.

These granitic clay soils, combined with the area's climate (cold nights and days when the sea breeze blows frequently) give rise to a terroir of ample permeability and poor moisture retention.

The climate in the designation of origin Valle de Casablanca is temperate and warm, except for the nights, when temperatures drop considerably. The mornings in this valley are generally cloudy, although the skies clear up as the day goes by, and foggy. It is worth mentioning the importance of the influence of the Pacific Ocean, especially in the most coastal area of the denomination of origin, with maritime breezes that cool the climate and influence the humidity present in the soil.

The maritime influence of the Pacific Ocean that refreshes its climate, the morning fog that settles in the valley and the old granite clay soils are factors that contribute to this valley being one of the main producers of white wine in Chile thanks to the minerality of its Sauvignon blanc and Chardonnay wines, the most iconic varieties of the Valle de Casablanca.

In the designation of origin Valle de Casablanca, we find two well-defined areas. On the one hand, the higher areas, with hotter temperatures which favour the cultivation of red varieties such as Merlot or Syrah. On the other hand, we find lower areas with a pronounced drop-in temperature, favourable for the grown of varieties such as Sauvignon blanc or Chardonnay, which give rise to fruity white wines with a strong aroma thanks to a slow ripening process.

Currently, in addition to the grapes for the production of sparkling wines and Late harvest wines, other varieties such as Cabernet franc, Malbec, Gewürztraminer, Viognier, Carménère and Pinot Noir are also cultivated. A good part of the wines from this Chilean Valley enjoys well-deserved national and international prestige.