Winery for sale in Granada.

Winery with the Sierra Nevada mountains on the background.

Winery with hotel for sale in Málaga.

Winery with hotel in the province of Málaga.

Organic winery with vineyards in DO Malaga.

Organic winery start-up on 30 hectares of land and various buildings situated in Andalusia, 30-40 minutes from the beach.

Estate with vineyards for sale in Granada.

Fantastic estate of 100 hectares plus 5 ha of vineyards, situated in the North West of Granada. 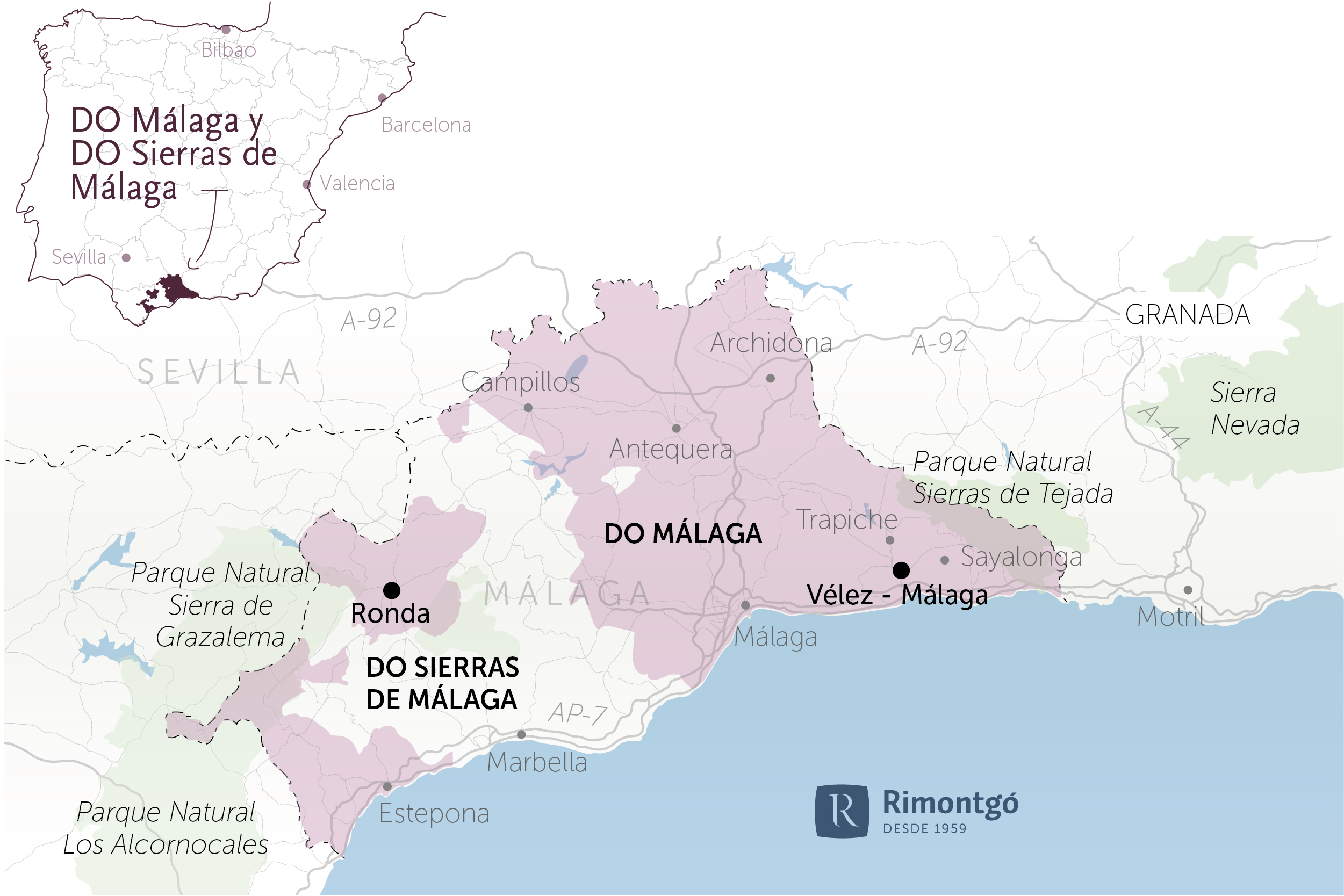 DO Málaga and DO Sierras de Málaga

The history of Málaga wines goes back to 600BC, the time Mainake was founded, when the settled Greeks in Málaga taught the natives how to prune the vines. The first historic testimony that we know about wine production in Málaga, dates back to the Roman Empire and consists of a prismatic fermentation tank discovered in Cártama, near Málaga.

In 1933, the Designation of Origin Málaga was created. This designation protects liqueur wines and both sweet and ripe grapes from the Muscat or Pedro Ximénez varieties.

The Designation of Origin Sierras de Málaga was created in 2001, it distinguishes the subarea traditionally referred to as Serranía de Ronda. This designation protects red, white and rosé wines.

The designations of Málaga province are made up of five areas of production. Serranía de Ronda has the highest ground in the province and the soil has a sandy texture with lime-clay and limestone subsoil. Manilva, on the Cadiz border has whitish soils on the rolling hills near the Mediterranean Sea. North Zone plateau, on the Cordoba border, has red iron clay soils with limestone components. Axarquía, bordering Granada, has a complex orography. Surrounded by large sloped mountains in the north, it has shallow soils of decomposing slate. Montes de Málaga, the mountain range which surrounds the city of Malaga, has highly eroded, shallow soils formed by Cambrian slates.

The climate of Málaga fluctuates between a humid Mediterranean on the coast, to a more continental style inland. The Axarquía benefits from a mild climate throughout the whole year and the lowest rainfall in the Designation of Origin. As for the North zone, it has very hot and dry summers and quite cold winters with high rainfall.